​Rebuttal to the article that Marine art is taking a dive… ​in the Art Newspaper… ​as if ​that ​collections of few galleries represent what marine art is about today.​ I put a link to the article at the end.​ ​My Rebuttal: ​After 40+ years of being in the marine art market among others I would like to say the problem isn’t with marine art​ as a subject, it’s thriving, ​ it’s with the type of marine art market and marketing that Mystic Maritime Gallery represents. ​ ​Your photos say​​ it all. ​ ​All good olde boys and historical ships. ​ ​It’s just an excuse by the marketers at Mystic et al to blame it on the marketplace while their marketing is totally outdated.   The market has expanded in many other ways and is thriving elsewhere.   Mystic et al just didn’t move with the times and kept kowtowing to the old boys who ran the market for so long.   In the meantime, the world moved on and noticed that there were big gaps in the representation of women, natural subject​s​ related to conservation/ environmental concerns and weren’t accessible to the new markets of collectors.  All the galleries you mentioned are still handling things as they always have​ for those same 40 years​. ​ ​In addition,  Mystic placed restrictions on its artist who did participate, despite all the obstacles, to NOT show or promote their work anywhere before a show, how clueless is that?  While other galleries have figured out that artists are actually a part of the market allowing artists to promote their work in the show, pre-sell the work and also promote the venue,  thus achieving success for both parties​,​ Mystic et al still stubbornly ​held onto their idea of exclusivity for the opening, thus consigning their participants into oblivion .  While I have participated in the International since Peter Sorlien was the director at the beginning in 1982 the marketing and the clique of artists they kept showing hasn’t changed much since then. The handwriting was on the wall the last time I participated which I think was back in 2007.  They could’ve asked someone like me​,​ ​who thanks her lucky stars for being an independent artist, ​for input but they never did. The results are in. Ignore changes in the market at your own peril.   Mystic Maritime Gallery closes its door, it is a shame that they didn’t grow into that beautiful space. Deborah Chapin https://www.theartnewspaper.com/news/mystic-s-maritime-art-gallery-to-close-as-marine-art-takes-a-dive 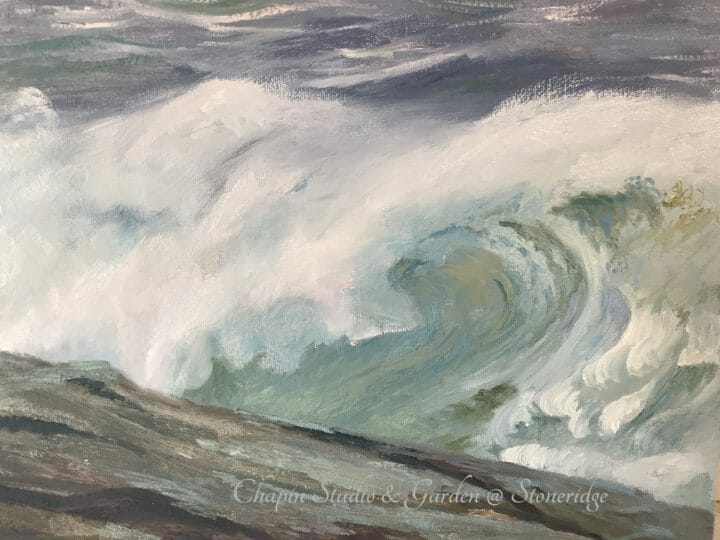