What's Happening in The Studio 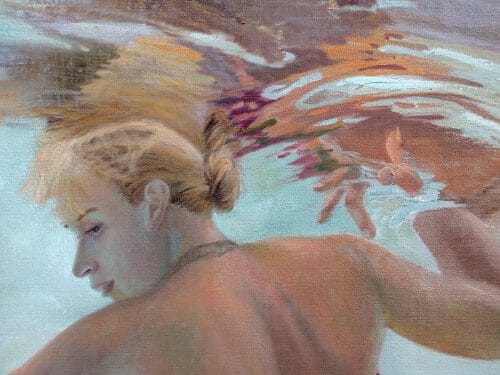 During the summer it is hard to fit everything into a schedule because I'm doing alot of sessions with a model managing the material I gather and starting up paintings. I could really use an intern to stretch canvases, gesso them and help with the overall revamping of the studio. Perhaps soon.  At any rate,  since the swimming season ended I have done three pieces 1 finished two works in progress and so now I'm finally finishing up the first two of this season's work.  I'll be adding links and videos as well to the site. But as I come to the finish of these two works I wanted to discuss what's new.

First this year we added the dimension of the dress.  Nothing spectacular more an experiment in materials, movement of materiaks with the model and how to maximize both. We also experimented with color and backgrounds. More on this later.  I won't go into alot of detail let the works as they are revealed demonstrate what we learned, but suffice it to say we went from zero to sixty this year and because we set up the foundation for what is to come we expect to go from sixty to six thousand so we are making loads of progress, of course we  have lots of room for progress too.

So these two pieces that I am working on and almost finished are in a series based on the flamenco dance movements. ... Becky's piece is called " Holding up the Sky" depicting women who are strong and dynamic which definitely is characteristic of the Dance.... see next

Jade's depiction was all about the flow of movement and the passing of time. Both temporal and elusive.  I'm still working on a title for it.  More later.

A Series of Underwater Portraits and Figurative Underwater Paintings
telling the story of who we are as women...

See other works in the Book of Water Project 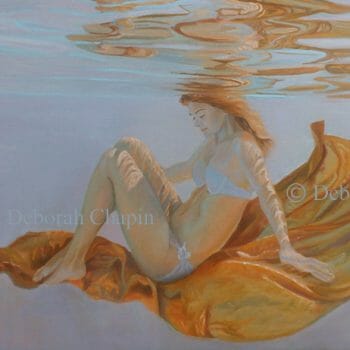 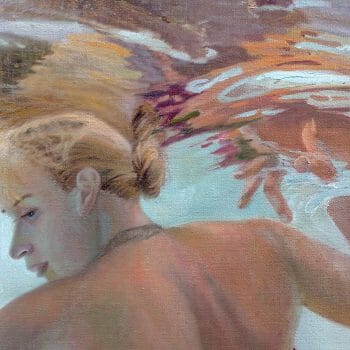